At Grand Escapades, our primary focus is always making sure our customers are satisfied with their travels. The following is a customer trip review of the Venice & The Gems of Northen Italy cruise from Uniworld

Arrived in Venice (Marco Polo Airport) at 11:40AM Italy time. Flight was good as was the Air Canada Rouge Service. Got picked up from the Airport & then transported to the ship which was the River Countess. As soon as we checked in we had lunch on-board. After lunch we took a walk along the Grand Canal & visited the beautiful Santa Maria De La Salute church. At dinner we met some new friends in Dave & Barbara, from Derby Shire, England, and had a wonderful dinner.

After a wonderful breakfast, we walked with some local guides to Saint Mark’s Square. After a quick visit around the plaza we went to the doges’ palace. We then took a water taxi back to the boat. That night, we went back to Saint Mark’s Square for a private visit of the church. We took a Gondola ride with our friends Dave & Barbara, and walked back to the boat. When we entered our cabin we found a bottle of Champagne among a bed full of rose petals, all thanks to the thoughtfulness of our travel agent Anne!

We went to Padua and visited Saint Antony’s Church. After the church we visited the oldest universities of Italy. When we returned to our ship, we got ready for the captains welcome dinner. It was casual, wonderful, and we danced until late. Meanwhile the ship sailed and docked at Ponsella.

After breakfast at 9AM, we left by bus for Bologna. We walked among the old city, then visited the Bologna University, where it houses the anatomical theater, where they used to perform autopsies. For lunch we visited a restaurant & a pasta making demonstration. We finished up by visiting the leaning tower of Bologna.

We left Porto Viro for Ravenna at 9AM, right after breakfast. We visited the Basilica of St. Vitale, visited Dante’s Tomb & the St. Apollinare Nuovo Basilica. We had local food and Gelato on our free time. We came back on board at 4:50PM. That night, after dinner we went to the lounge to have some drinks, and dance until late, with a jazz trio (Maria Del Rovere).

After breakfast we took a tour bus to Verona. With the local guides, we visited Romeos house & Juliet’s famous balcony (We should warm you about lots of tourist traps, and LOTS of people!). We then went to the beautiful Ancient Arena of Verona and then we visited Masi vineyard for a wine tasting & lunch. That night on board, we were entertained by an Opera singer (which makes you drink more) and then we danced until late again.

We took some water taxis to Rialto Bridge, and saw the all the fresh produce in the open market. Our chef was with us and he showed us how he chooses his fish. He bought some octopus and made a super lunch. After lunch we sailed around Venice, went to Murano & Burano. When we docked we had a wonderful wine tasting on the ship. Then we got ready for the “Captains Farewell” dinner. We started with cocktails in the lounge, then we went to the dining room for the fantastic dinner (It was to die for). Afterwards we headed back to the lounge for more drinking and dancing to end a wonderful river cruise.

We had breakfast on board, then we said our goodbyes, and took a water taxi to our hotel in Venice. Once checked in, we took a water bus to Burano to spend a few hours taking pictures of the fantastic houses and their distinct colors. After lunch we came back to Venice and walked around the canals and little alleyways. We visited the Jewish ghetto, had supper by the canal, then called it a night.

We left Venice by train at 9:50AM for Milan, and got there at 11:25, then left for Monterosso at 21:10 to arrive at 3:15PM. After a trek to get to our hotel, we showered and went for a stroll. We had a wonderful dinner, bought a bottle of red wine, and walked to our hotel.

After breakfast in our hotel, we took the trail for Vernazza. After a casual, but strenuous hike, we reached Vernazza (2 hours later), had lunch, walked around, then we continued on to Corniglia. After another 2 hours, we walked around Corniglia for a bit to take pictures, have a beer + wine, and walked to the train station (featuring a long 360 steps down). We got to Monterosso around 5:30PM, showered and had a good supper, and a well-deserved sleep.

We went by train to Rio Maggiore, and came back by 11:00AM. We had some sandwiches for lunch and walked to the other side of the village to see “La Gigante”, a huge statue on the side of a cliff. After this, Anna went for some sunset pictures, and I went for Panini & Beer.

We left Monterosso at 11:05PM for Pisa. We got there and checked out bags at the station, had McDonalds, and then walked to the tower. We climbed the leaning tower (you can physically feel the leaning!), visited the church and the cemetery, then we finished by having lunch with some beer & wine. After exploring the city of Pisa for a while, we picked up our bags at the station and headed for Florence at 11:05PM, got to the hotel, checked in and went to bed.

We walked around Florence like crazy people, went to Piazza Della Signoria, and saw the huge fountain of Neptune, and the open air museum, with many large and beautiful statues. We then went to the Mercato Del Porcellino (Market of the Piglet) and we rubbed the nose of the bronze fountain boar, for good luck! (I’m still waiting!). We found the church of St. Jacob (Greek Orthodox) but it was closed. Then we strolled across town, to the beautiful Russian church, with her many onion domes, but it was also closed. We visited an old Protestant cemetery and also visited the National Museum of Bargello!

We visited the beautiful Basilica of Santa Maria de Novella (We met a nice Greek girl working there!). We then went to Alices Masks, and bought a beautiful Florentine Carnival mask. We passed by the Convent of Sant’orsola, where the walls (on the outsides) were covered with fake money, most of them gone. We then visited the Basilica of Santa Felicita (1793), and proceeded to the Basilica of Santo Spirito (1487), inside the have a marble crucifix done by Michelangelo. In between visits we explored a lot of hidden alleys. We finally got to the room after having dinner, and on the way, we picked up some beer & red wine. Half an hour later the Skies began to open up after a mini-hurricane. You couldn’t see across the street, but it was over in a few hours, with a lot of flooded places.

After breakfast, we walked across the River Arno to Piazza Michelangelo. From the Piazza you can see a lot of Florence, and in the middle of the Piazza, they have a replica of Michelangelo’s David. While up there, we visited the San Miniato Al Monte Church, and we looked in the cemetery behind the church for the author of “Pinocchio”, but could not find his plot. We then took the bus down to the Duomo and had lunch. I walked to the hotel and Anna wanted to get lost in the amazing streets of Florence, to take pictures. On the way home I picked up some beer & white wine. We went to a local trattoria and had a good supper. We then walked to the Duomo at night, its beautiful and nicely lit up.

We had arranged for a day tour to a wine tasting vineyard. We got picked up early, and taken to the bus. We made a stop in San Gimignano and toured “The Walled City”. After the tour, we got on the bus and headed to the Chianti area for the wine tasting and lunch. After a wonderful lunch with different wines, we headed so Siena. We visited their beautiful Basilica Santa Maria of Siena. When we left Siena we made a photo pit-stop at the Fort City of Monteriggioni and finally got to Florence around 7:30PM

After breakfast we walked to Santa Croce Church. Inside is the Sarcophagus of Dante (which is empty), though he is actually buried in Ravenna. Also buried here is Michelangelo and Galileo, among other important people. We then went to the leather shops and Anna bought 2 leather bags. We visited Palazzo Vecchio and the Scavi, then had lunch. After crossing Vecchio Bridge, we went to Pitti Palace. After a few hours of visiting the palace, some of the gardens and the grotto, we headed back to the hotel for some rest. At 8:30, we went around the corner for some dinner.

We left the hotel early for the Uffizi Museum, had breakfast on the way, bought our tickets and visited the museum for a few hours, then walked up to Piazza San Marco. We had lunch at the Piazza and then visited Chiesa Dell’annunziata, where Anna took some pictures of two statues. Next, we headed to the Academia to view Michelangelo’s “David”. After a fast tour of the important things in the Academia, we started heading back to our hotel. On the way we found the huge and beautiful Synagogue of Florence. After checking all our possessions at the door, and Donning a Yamalica, we visited the Archeological museum before heading home.

After breakfast we left for the Duomo. After climbing a long 460 steps to the top of Florence (what a beautiful sight), we met some Greeks up there. When we came down, we visited the Baptistery, which was an amazing place. We then walked to the Cappella Medici, where Lorenzo the Magnificent and his brother Guillermo and other Medicis are buried. On the walls, a lot of Dukes and Kings of the 15th century are buried, and most of the amazing statues are done by Michelangelo. Over all the sarcophagus’ there are marble pillows and on top of those are their crowns. We then visited the church of Orsanmichele, inside is the statue of Saint Anne, the Virgin Mary, and Jesus.

The amazing trip comes to an end, and we head to the airport early for our trip home.

Ready to book your trip of a lifetime? Contact us now to get started on your dream vacation! 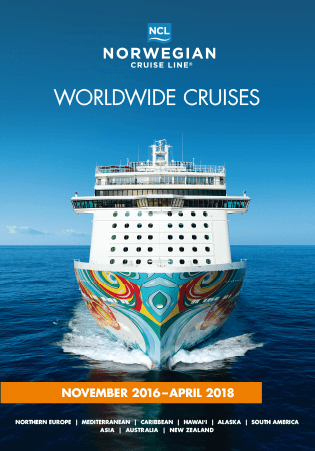