13-day Escorted Tour of Greece.
The Birthplace of Civilization! 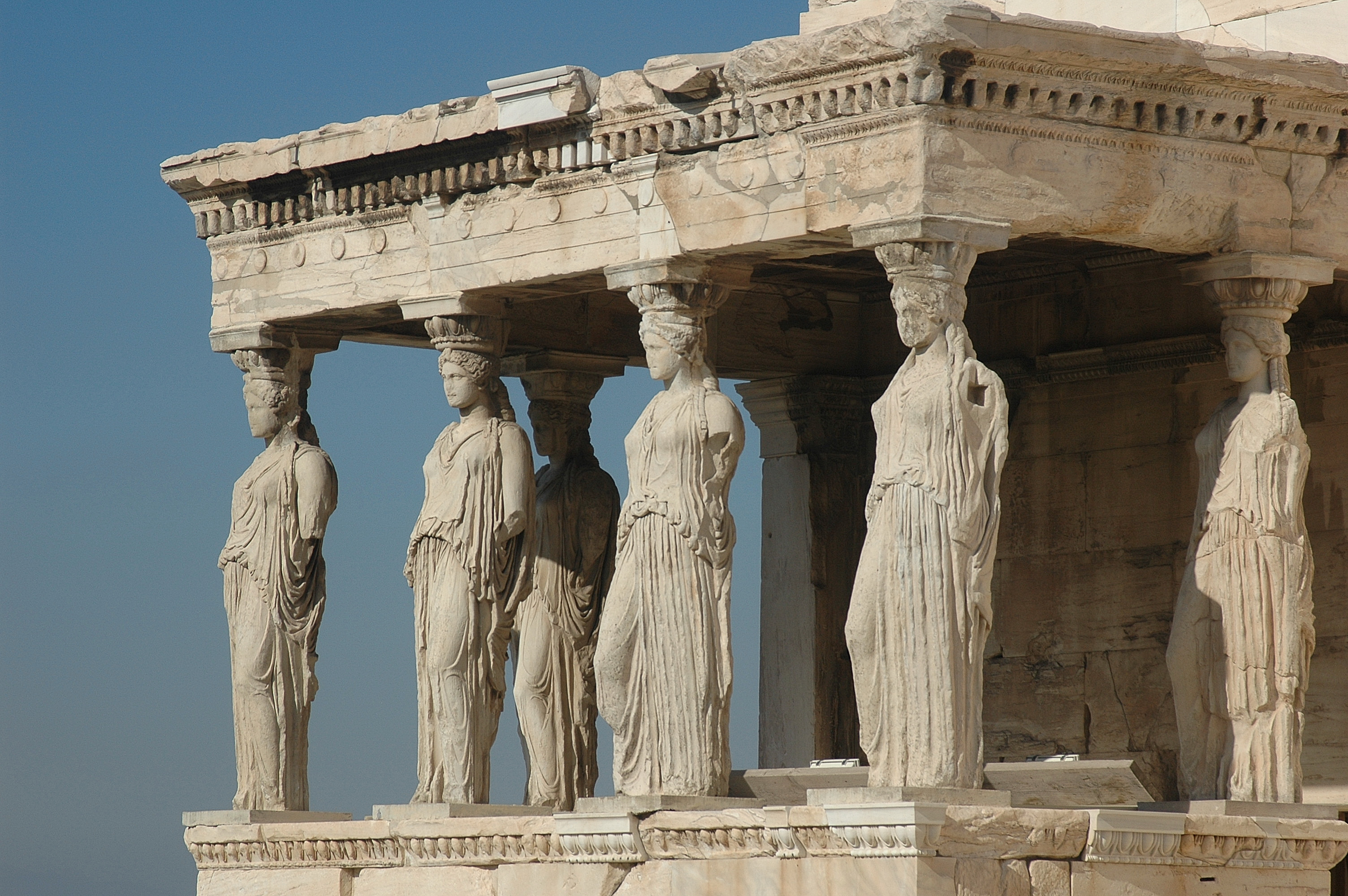 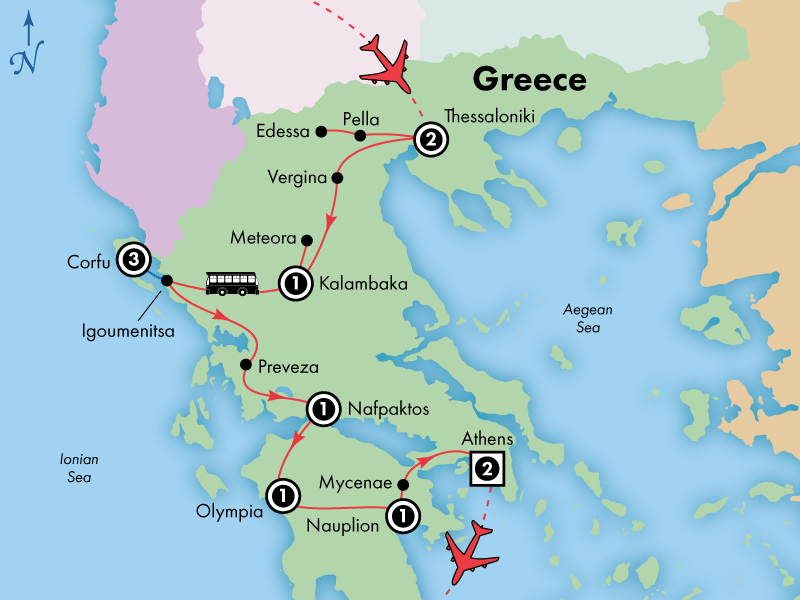 – Is This Trip Right for You?  This moderately active trip covers a fair amount of ground each day. Expect from three to four hours walking every touring day. The pace is moderate, however you will encounter some uneven surfaces, stairs, steps and significant slopes.

DAY 2, Tuesday – Arrive in ThessalonikiWelcome to glorious Greece! Arrive in the energetic city of Thessaloniki; transfer to the hotel. Time to rest and relax before tonight’s briefing by your Tour Manager on the wonderful journey in Greece that awaits you. Celebrate your arrival at a Welcome DinnerOvernight: ThessalonikiMeals: Dinner

DAY 3, Wednesday – Ancient Pella, Edessa WaterfallsBegin your day with a visit to Pella, the center of Alexander the Great’s kingdom that became famous when King Archelaos made it the capital. View the site’s excavations revealing the grandeur of the ancient Macedonian dynasty. At the Archaeological Museum, you’ll marvel at the phenomenal mosaics portraying mythological scenes that once adorned the city’s grand mansions. Then, continue to the picturesque town of Edessa, full of little streams and parks and best known for its great waterfalls. Enjoy lunch before returning to Thessaloniki. Leisure time for personal discoveries. Perhaps explore the renowned Archaeological Museum with its impressive Ancient Greek, Roman and Byzantine treasures. Tonight, dinner together at a popular restaurant in the historic Ladadika district. This landmark area is known for its spirited nightlife and eclectic mix of tavernas, restaurants, and cafesOvernight: ThessalonikiMeals: Breakfast, Lunch, Dinner

DAY 4, Thursday Thessaloniki Highlights, Ancient Vergina, Travel top Kalambaka
Your tour of Thessaloniki starts at the Arch of Galerius (Kamara), one of the most distinctive Roman structures in the city, built as a triumphal monument by the Emperor. On to the iconic 15th century White Tower, once used as a fort, garrison, and prison. Because of its fame as a notorious prison, it was also known as the “Tower of Blood.” At the Basilica of St. Demetrios, devoted to the patron saint of the city, you see a superb example of Byzantine religious architecture. Afterward, a closer look at the city’s Byzantine walls and panoramic views of Thessaloniki and the Gulf of Thermaikos before departing to the archaeological Site of Vergina in Central Macedonia. Considered one the most extraordinary finds of the 20th century, Vergina was the first capital of the ancient kingdom of Macedonia. Visit the Royal Tomb of King Phillip (father of Alexander the Great); view the famous “Vergina Treasures” including gold urns, jeweled wreaths, unique art, ivory, and armor, protected by UNESCO as a World Cultural Heritage Site. Continue to the town of Kalambaka, nestled at the base of inspirational Meteora for dinner at your hotel and some lively Greek Music!
Overnight: Kalambaka
Meals: Breakfast, Dinner

DAY 5, Friday – Meteora’s Monasteries, Ferry to CorfuAn unforgettable day! Visit spectacular Meteora with its mystical ancient Byzantine Monasteries incredibly perched atop massive pinnacles of rock, declared a UNESCO World Heritage Site. The monasteries appear to be suspended in mid-air! These monasteries are indeed an extraordinary achievement and a powerful example of dedication, determination, and courage. Admire exquisite specimens of 16th-century frescoes and the amazing expanse of the Peneios Valley. After a leisurely lunch, ferry from Igoumenitsa to dazzling Corfu, the second largest Ionian island with its dramatic coastlines, cypress trees, olive groves and miles of wildflowers. On your approach by sea, you’ll be welcomed by the majesty of the famous Old Fortress. Dinner tonight at the hotelOvernight: CorfuMeals: Breakfast, Lunch, Dinner

DAY 6, Saturday – Achilleion Palace, Corfu’s Old Town (Kerkyra)Travel to the luxurious Achilleion Palace in the quaint village of Gastouri, originally built for the Empress of Austria in 1892, widely known as Princess Sisi. The palace, built as a reflection of her love for Greek mythology, was named Achilleion to honor the Greek hero Achilles; view the palace’s frescoes, paintings, and stunning neoclassical architecture. Continue to view Pontikonisi a picturesque islet, home of the Pantokrator monastery. Later in the charming Old Town of Corfu (Kerkyra), a walking tour along the cobbled streets takes you past pastel-hued elegant Venetian mansions, French-style flowered squares, beautiful fortresses, and palaces. Linger on your own in the pleasant town, or sit at one of the cafes of the historic Liston arcade to enjoy a refreshing ginger beer or kumquat liqueur. Tonight, dinner together at your hotelOvernight: CorfuMeals: Breakfast, Dinner

DAY 7, Sunday – Ferry to Igoumenitsa, Preveza and NafpaktosA morning return by ferry to Igoumenitsa. Then, continue on your route to Preveza, stopping for a refreshing lunch in this town built on the entrance of the Gulf of Amvrakikos. Charming, traditional buildings adorn the port and the historical center while the pedestrian walkways and cobblestone streets with shops and cafés remind you of the islands. In the late afternoon, arrive in the picturesque port town of Nafpaktos. Admire the panoramic views from the 15th century Venetian castle, or explore the scenic harbor with its many restaurants and cafésOvernight: NafpaktosMeals: Breakfast, Lunch

DAY 8, Monday – Archaeological Site of DelphiTour the excavated site of Delphi and the archaeological Museum, perched on the slopes of Mount Parnassos, declared a UNESCO World Heritage Site. Considered one of the most important places in Greek history, its stunning setting and ancient ruins are truly inspirational. Walk the Sacred Way to the imposing 4th century Temple of Apollo, site of the most important oracle in the classical world. Enjoy lunch at a local tavern before heading back to NafpaktosOvernight: NafpaktosMeals: Breakfast, Lunch

DAY 9, Tuesday – Achaia Clauss Winery, Chef-led Cooking DemonstrationIn this beautiful wine region of the northwest Peloponnese, visit the Achaia Clauss Winery, one of the largest wineries in Greece, founded in 1861. You’ll be charmed by breathtaking views of the gorgeous vineyards, the rugged stone buildings as you sample a few of the local varietals. After lunch at a local farm, visit the Archaeological Museum to view priceless Greek works of art such as the sculpted decoration of the Temple of Zeus, the famous Hermes of Praxiteles and the statue of Nike of Paionios. Tonight, enjoy a cooking demonstration, led by a professional chef, who shares his secrets of how to prepare Greece’s fabulous Mediterranean cuisine – with tastings, of course!Overnight: OlympiaMeals: Breakfast, Lunch, Dinner

DAY 10, Wednesday – Archaeological Sites of Olympia and NauplionThis morning, visit the sacred Sanctuary of Olympian Zeus and the ancient stadium where the Olympic Games were first held. Enjoy lunch in Olympia before heading to Nauplion, one of the most beautiful towns in the area of Argolis, which flourished during the Byzantine era. According to mythology, the town was founded by Náfplios, son of the god Poseidon. The walking tour of Nauplion is highlighted by ancient walls, medieval castles, Ottoman fountains and neoclassical buildings with unique architecture. Dinner tonight at a popular restaurant in the town of NauplionOvernight: NauplionMeals: Breakfast, Lunch, Dinner

DAY 11, Thursday – Boat to Bourtzi, Mythological Mycenae, Arrive in Athens, Evening at PlakaA boat ride takes you across Nauplion Harbor to the island of Bourtzi with its towering Fortress Castle built by the Venetians in 1473 to protect the city from pirates and invaders from the sea. After a walk on the island, continue to Mycenae, the heartland of Greek mythology. Visit the archaeological site known as the Treasury of Atreus and the Tomb of Agamemnon. This “golden” city of legendary King Atreus and Agamemnon is surely one of the most important archaeological sites of Greece. Arrive in Athens. This evening, dine with your traveling companions at a local restaurant with entertainment & the company of local University studentsOvernight: AthensMeals: Breakfast, Dinner

DAY 12, Friday – Athens and the AcropolisToday explore Athens – an astonishing living museum! A panoramic drive takes you past the grand 4th century Panathenian Stadium built as a venue for athletic contests, the ruins of the Temple of Zeus and Hadrian’s Arch commemorating the Roman Emperor. Stand before the gleaming white marble Acropolis, the ancient architectural masterpiece built during the Golden Age of Athens, crowned by the magnificent Parthenon that rises above the city, a UNESCO World Heritage Site. On to the imposing modernist Acropolis Museum that brings together the surviving treasures of the Acropolis, showcasing layers of history by floating above the ruins with the Acropolis visible above. The rest of the day is yours. Be sure to walk to Constitution Square, to catch a glimpse of the colorfully-costumed Evzone guards, outfitted in traditional Greek style. On the last night of your journey in Greece, enjoy a farewell dinner at a local restaurant. Kaló taxídi!Overnight: AthensMeals: Breakfast, Dinner

Package pricing varies based on travel dates, city of departure, type of occupancy and other factors. Please contact Grand Escapades for a detail price. OPC Indemnity Fund fee of $1 per $1,000 of travel products sold is applicable. Limited space, certain restrictions may apply. Not all travel dates available. Hotels indicated may be substituted with others of the same or higher rating. Offer is Subject to change or cancellation at any time. Note: itinerary can change depending upon the day of the week you depart. 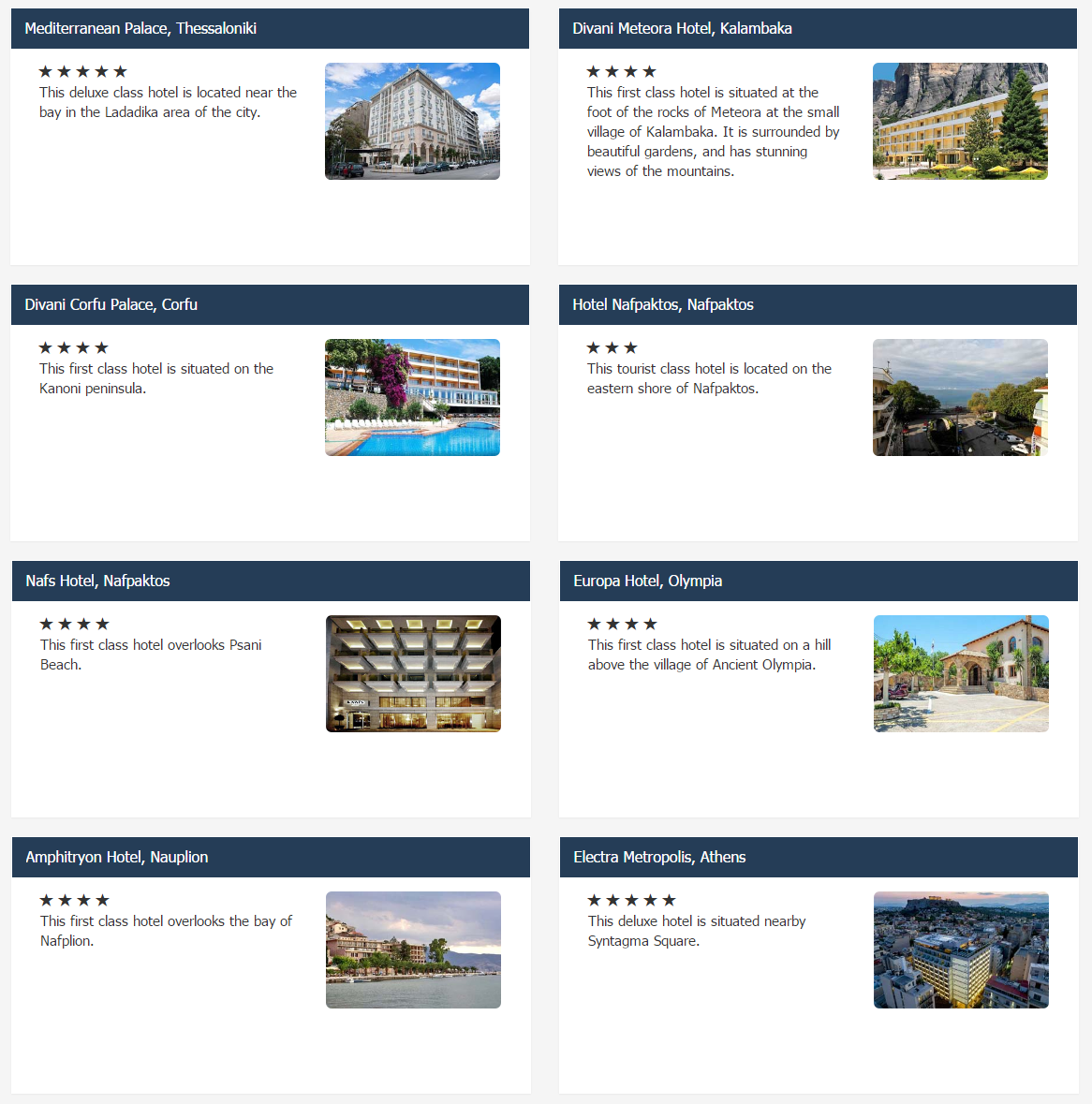